Some race car parts have carried over from DTM for power improvements to this Z4.

Other subtle design queues can be found in the body design, rear wing, Intake manifold, fuel delivery and engine management system to name a few. 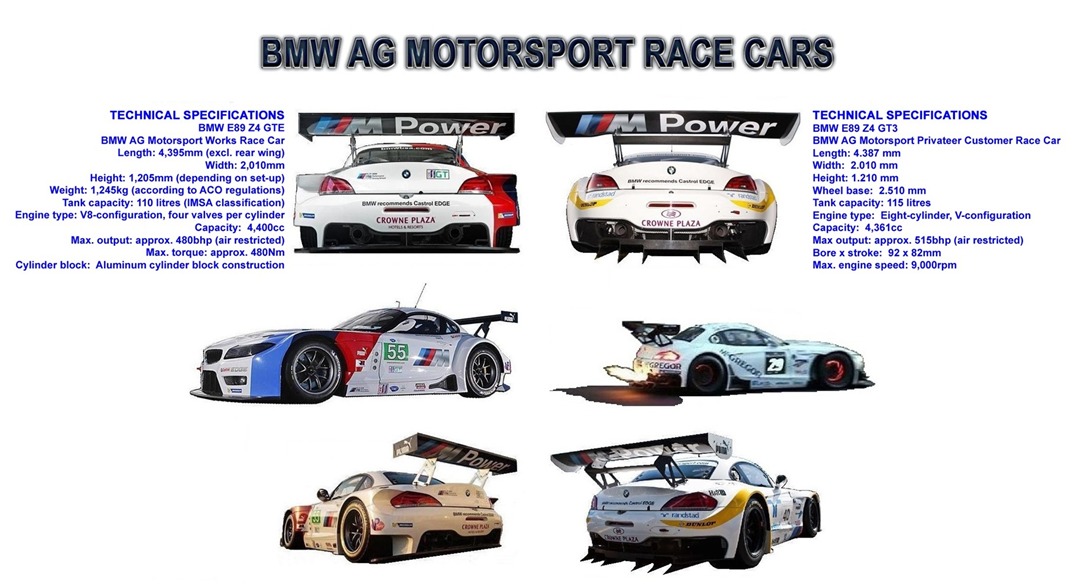 Chassis: Directly connected to the carbon fibre monocoque is a roll cage of high-strength steel; CFRP crash elements on the side, front and rear 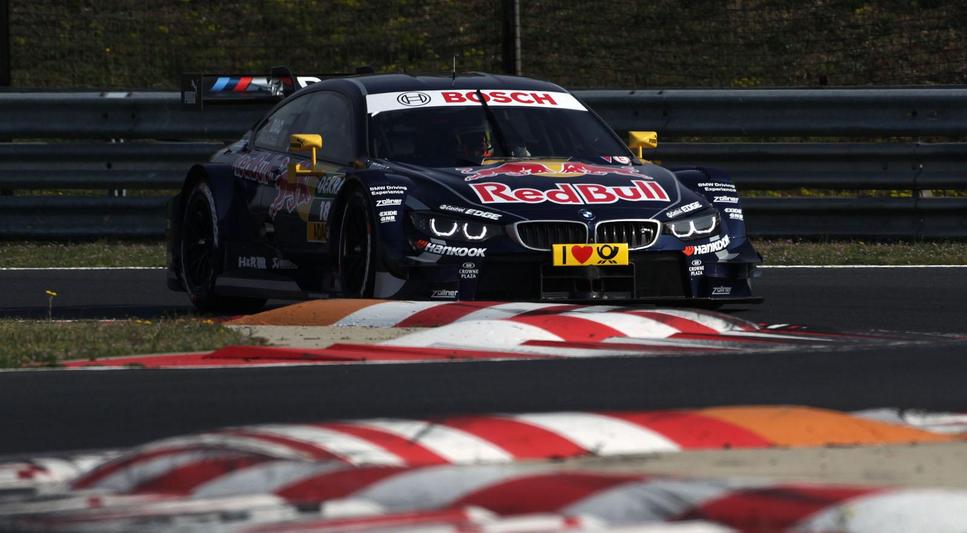 The joint development of the DTM Technical Regulations was based on the following premises: safety, cost control, show and equality of opportunities. All of these criteria were fully met by these regulations in the first two years. All three manufacturers won races in each year. For the 2014 season the Technical Regulations largely remain the same. The drivers continue to rely on the specification safety structures that protect them in case of an accident. In addition to the six crash elements at the sides, front and rear, the combination of a specification monocoque and cage with an integrated safety tank provides even better protection. The seat – similar to Formula 1 cars – is installed in the carbon fibre monocoque that is connected to a roll-over cage made of highstrength steel. Other specification components are used in the DTM as well. These parts are limited to approximately 50 items which, in total, account for about five per cent of all assembly components. The room for development in the areas of aerodynamics, the suspension and the engine thus continues to be large enough for the manufacturers to come up with clearly unique characteristics. Minor changes have been made in the areas of the tyres, engines and vehicle weight. The option tyres by Hankook that were successfully introduced in the 2013 season continue to be exclusively used in the race. For the 2014 season, their use is limited to a maximum of 50 per cent of the race distance. Each manufacturer now only has two spare engines available for all of its vehicles instead of the previously permitted one spare engine per team. Each engine must be used at a minimum of four race weekends. Due to the introduction of performance weights, the application of which is governed by the Sporting Regulations, the weight of the vehicle for the first weekend of the season at Hockenheim was raised by ten kilograms to 1,120 kilograms including the driver.

The carbon fibre brakes, brake pads and brake callipers are supplied by the same manufacturer (AP) to all teams. Per vehicle three sets of brake discs for the front and rear wheels may be used during a season.

The Drag Reduction System (DRS) is a wing flap that allows a higher top speed to be achieved for a short time. This system has improved overtaking possibilities since the 2013 season.

All DTM vehicles use the same engine control unit from Bosch. Data transmission while the vehicle is running on track is prohibited.

In the DTM only V8 engines with a cylinder bank angle of 90 degrees, a maximum displacement of four litres and a maximum of four valves per cylinder are permitted. The intake system must be equipped with two air restrictors each having a maximum diameter of 28 mm. There are two spare engines per manufacturer; each engine must be used at a minimum of four events. A DTM engine delivers approximately 500 hp.

Only the fuel prescribed for the respective event (ARAL Ultimate 102) may be used.

In the DTM only a specification gearboxdifferential unit is permitted, which is used by all manufacturers.

In the cockpit the driver is surrounded by an innovative combination consisting of a standard monocoque and cage. In addition, each vehicle has crash structures on both sides and at the front and rear. The “HANS” (Head and Neck Support) system has been mandatory since 2002.

The tyres are exclusively supplied by the series’ partner Hankook. At the front, ‘Ventus’ 300/680 – 18 are used, the dimensions for the rear wheels are 320/710 – 18. Strictly for the race a set of softer option tyres is available. It has to be used once and may be used for a maximum of 50 per cent of the race distance. After qualifying the teams have to announce which of the two tyre types they will start the race with.

Quotes from the BMW drivers after the race at Oschersleben

Augusto Farfus (car number 3, BMW Team RBM, 5th): “That was the craziest race I have ever driven in the DTM. The conditions at the start were really perilous, and I had to battle quite hard on the prime tyres. The guys on options were far quicker. Then came the rain and the safety car periods. That allowed us to take a few risks with our strategy, which paid off. It is a shame I was given the time penalty, which cost me five seconds. Otherwise I would probably have been third. All in all, however, I am happy. It was good to finish fifth and pick up some good points from eighth on the grid. We need to work on improving our qualifying performance if we want to challenge at the head of the field.”

Martin Tomczyk (car number 10, BMW Team Schnitzer, 9th): “The race was quite a mess, but I always tried to keep a cool head and lap consistently. My guys at BMW Team Schnitzer gave me a car with which I had a lot of fun, even in these difficult conditions, and was one of the fastest in the field. Thank you very much for that. At first it is hard to come to terms with the fact that we only ended up ninth, even though we had the pace to be up there on the podium.”

António Félix da Costa (car number 18, BMW Team MTEK, 11th): “They were very difficult conditions, but you have to do your best. I was quicker than the guys in front of me and took a bit of a risk trying to overtake Timo Scheider. We are always learning. We switched to slicks at the second pit stop. After that, the first part of the stint was not ideal. Only in the last two laps was I able to catch up, but it was too late by then.”

Bruno Spengler (car number 9, BMW Team Schnitzer, 12th): “Twelfth place is obviously not ideal. It was a strange race, with a result that surprised everyone. We had good pace in the rain, but unfortunately we were also very unlucky. The third safety car period possibly even cost us a place on the podium. It is hard to read the race and make the right decisions. When it rains obviously you need a bit of luck to come into the pits for a tyre change at the right time. However, you don’t start taking chances when you are at the front of the field during the race. We must now forget this weekend and look ahead. We are focussing on Budapest.”

The first turbo-fueled championship winning car in Formula One and highlights at the Oldtimer Grand Prix track side the Nürburgring (August 9th-11th, 2013) -- the Brabham BMW BT52 FORMULA 1.

- testing and driving by Nelson Piquet

LMDh is a type of sports prototype race car that will be used in the Hyper car class of the FIA World Endurance Championship from 2022 alongside Le Mans Hyper cars. The cars will also be used in the IMSA Sports Car Championship. The LMDh regulations were created jointly by the International Motor Sports Association (IMSA), the Automobile Club de l'Ouest (ACO), and the Fédération Internationale de l'Automobile (FIA). The cars will serve as the successor to the Daytona Prototype International class, utilising regulations that were planned to become the next-generation Daytona Prototype International ruleset

The American Le Mans Series concluded in October 2013 with three more titles and a 139th win for a Michelin-equipped car from the 147 races organised since 1999.

Michelin only competes in the fiercely competitive GTLM class which features Corvette, Porsche, Ferrari, BMW and Viper. Corvette Racing runs two new C7.Rs, while Porsche North America is back in the USA with a pair of Porsche 911 RSRs. Ferrari is represented by Risi Competizione, BMW Team RLL has two Z4 GTEs and SRT Motorsports competes with a brace of Viper GTS-Rs.

Michelin provides its partners with latest-generation tyres which are identical to those seen in the FIA World Endurance Championship’s LMGTE Pro class, namely three types of slick (low-temperature medium compound, medium compound and hard compound, or a high-temperature medium in the case of Porsche), plus a single type of wet weather tyre, as dictated by the regulations.

The 2014 calendar includes 13 rounds, one of which is a 24-hour race (Daytona), plus 12- and 10-hour races at Sebring and Petit Le Mans. Certain rounds do not accept all four classes.

The BMW Motorsport F13 M6 GT3 is currently finishing development as seen below, this race car is powered by a modified version of the BMW S63B44 V8 twin turbo power plant.

Review of the BMW street engine S63B44 on the BMW engine dyno during its 400 hour endurance test benchmark producing 560HP highlights the race engine potential the engine promises to show after the factory BMW Motorsport racing modifications are installed in this years 2015 development and testing phase. The 560-hp response of the M6's 4.4-liter V-8 turbo street engine is nearly instantaneous. The optional Competition Package raises the bar further, producing 575-hp on the street car M6 and M5 currently available in 2015. Double-VANOS infinitely variable camshaft timing and High Precision Direct Injection play in concert with BMW patented Valvetronic individual intake valve control that eliminates the need for a less-efficient throttle plate. The result is another M characteristic: linear, instantaneous delivery of a massive 500 lb-ft of torque over a broad rpm range (6,000-7,000 rom), from idle to high revs. This results in 0-60 mph of just 4.1 seconds, or 4.0 seconds with the Competition Package on the amazing street legal cars. 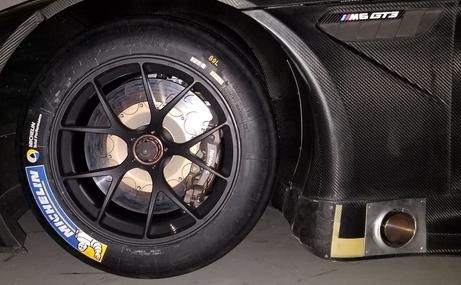 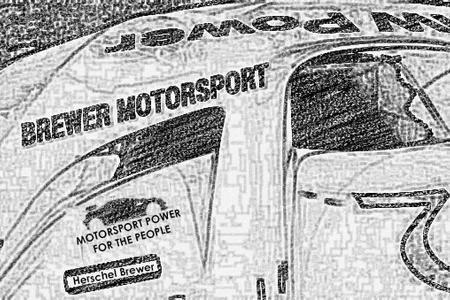 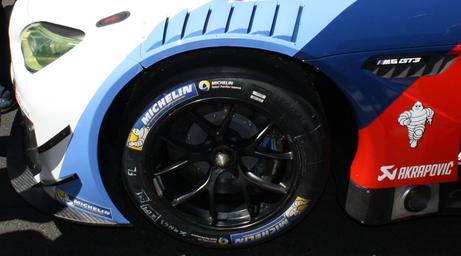 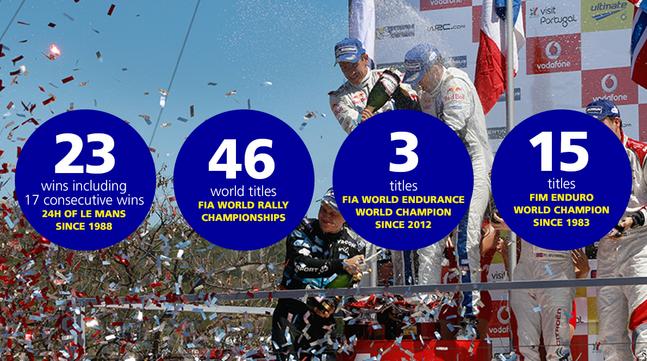 FOR YOUR INFORMATION (FYI)

​FIA; English: International Automobile Federation) is an association established on 20 June 1904 to represent the interests of motoring organizations and motor car users.